What started as an excuse to make good use out of what produce I had left in my fridge, ended up being a great experiment resulting in a tasty (and colorful) sensory explosion. BOOM! Once plated, I realized these were probably better for a dinner party appetizer or snack rather than full meal. However, I ended up with leftovers so it was definitely a meal tonight!

You could very easily purchase store-bought hummus to save time, but it’s so much more fun to make your own!

Have leftover kale/eggplant? No problem…just mix them both together, find a suitable dressing, and have salad to take to work the next day. Enjoy! 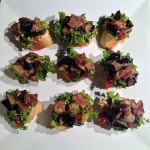 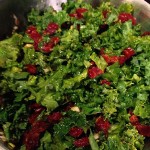 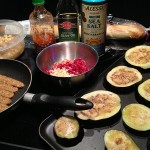 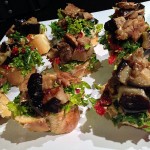